The History of Masonry in British Columbia and that of Union Lodge 1201, E.R.

Masonry got an early start in the western territorial colonies known as British Columbia and Vancouver’s Island. On March 19th, 1859, a warrant was granted by the Earl of Zetland, Grand Master of England, authorizing the formation of a lodge at Victoria, Vancouver’s Island. The warrant took some time to reach the petitioners, for it was not until August 28th, 1860, that the lodge was finally constituted as Victoria Lodge, No. 1085 with J. J. Southgate as its first Worshipful Master. Some months later, The Union Lodge, No. 1201, New Westminster, in the Colony of British Columbia, was organized, Henry Holbrook being nominated first Worshipful Mr. Owing to a dispute as to the Junior Warden-elect, a warrant was not granted until December 16th, 1861 by the same Thomas Dundas, Earl of Zetland, Grand Master of the Most Ancient and Honorable Fraternity of Free and Accepted Masons of England and then on St. John the Baptist Day, June 24th, 1862 The Union Lodge was instituted.

Over the course of the time, the Dominion of Canada came to be established in 1867 with Freemason, Sir. John A. MacDonald becoming Canada’s first Prime Minister. In 1871, then the united colony of British Columbia joins confederation and becomes the Province of British Columbia with Freemason, John Foster McCreight its the first Premier. Then on October 21st, 1871, Robert Burnaby moved and Dr. Israel Wood Powell seconded the following resolution at a convention in Victoria: “That in order to establish perfect fraternal harmony and concord, to promote the lasting welfare of the Masonic fraternity in British Columbia, it is expedient to form a Grand Lodge in and for the Province of British Columbia.” This resolution was carried unanimously and with much enthusiasm. It was then moved by S. D. Levi, and seconded by M.W. Waitt, “That the representatives now in convention assembled on behalf of their respective lodges represented by them, do hereby declare themselves to be and that they now proceed to organize The Most Worshipful Grand Lodge of Ancient, Free and Accepted Masons of British Columbia.” This was carried unanimously, and it was also agreed “that the constitution of the Grand Lodge of England for the present be adopted.”

Again, over the course of Time, fortunes change and in November 2000, mother and daughter were united again when King Solomon Lodge No. 17 and Union Lodge No. 9 consolidated to form Union-Solomon Lodge No. 9 of The Most Worshipful Grand Lodge of Ancient, Free and Accepted Masons of British Columbia – we will celebration our 150 years of history and tradition in 2011. 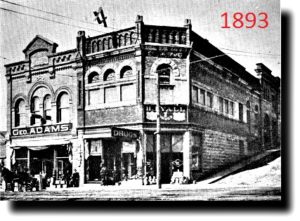 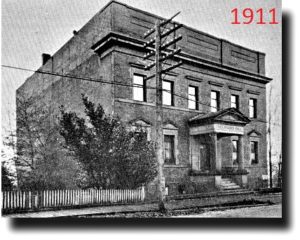 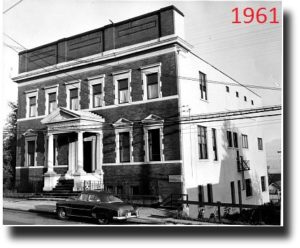